In A Town Called Addis was inspired by meeting, writing and working with singers and musicians in Addis Ababa in August 2006,and is a collaboration between Dub Colossus (Nick Page) and these amazing musicians covering Azmari and traditional styles, as well as the popular singing styles of the 60s and 70s. It seeks to combine the golden years of ethiopique beats (popular again thanks to the release of the critically acclaimed ‘Ethiopique' compilation ) and ethiojazz with the dub reggae styles of early 70s reggae groups like the Abyssinians, Mighty Diamonds and so on. If Joni Mitchell were East African and met Nina Simone for tea in San Francisco's Mission District, she might end up sounding like Meklit Hadero. Meklit is a true modern global singer and songwriter: born in Ethiopia, raised in the US and nurtured for the last several years by San Francisco's richly diverse arts scene. Add in her warm and luminous singing voice, and song writing that veers from the starkly personal to the poetically metaphoric, and you have her entrancing debut full-length recording. Bole is the name of the airport that links the Ethiopian capital of Addis Ababa with the rest of the world. And Harlem is the New York City neighborhood that many Ethiopian expats and exiles have made their home ­ just one Diaspora among many in an area also known as ‘little Africa'. The album Bole 2 Harlem Vol. 1 represents a bridge between these two worlds, mixing up break beats, hip hop and a club-friendly ambience with traditional Ethiopian songs and rapping in English and Amharic ­ Ethiopia's ‘official' language. There's a sprinkling of other influences in the mix too.

Third World is a band that some reggae purists disdain because they dare to deliberately cross-over to other genres to popularize their music for international mainstream audiences. Despite the critics, Third World remains one of most enduring and popular Jamaican bands in the world. This album is probably the first and best fusion of reggae and soul music by a reggae group, and is the one, finally broke through to a bigger audience thanks to the R&B staple "Now That We Found Love," that Third World sang with a sophisticated blend of pop, funk and reggae riddims. The song, an international Top Ten hit, provided listeners the opportunity to sample the new Jamaican sound in a familiar aural environment. The Ethiopian-born, D.C. area-raised Wayna manages to accomplish in this album the often unmanageable task of coupling meaningful, decipherable lyrics with well produced and compelling tracks. Wayna is a talented writer who wrote the lyrics to her songs. Her prowess in weaving great storylines into a very creative sound showcases just how versatile she really is. Israeli keyboardist, composer, producer, and arranger Idan Raichel, invited over 70 different musicians from a wide variety of backgrounds to participate in the recordings. In particular, Raichel has long been fascinated by the music of Israel's growing population of Ethiopian Jews, and many songs feature members of Israel's Ethiopian community. The recordings also include Arab musicians, traditional Yemenite vocalists, a toaster and percussionist from Suriname and a South African singer, among others. Mulatu Astatke grew up in Ethiopia but went abroad to study jazz in America. He was influenced by Miles Davis and John Coltrane — and by the organist Jimmy Smith. What he brought back to Ethiopia was a blend of soul and jazz, Which he then proceeded to blend, once more, with traditional Ethiopian music. 2009 solo release from the bass player for Gypsy Punk powerhouse Gogol Bordello. Tommy was born and raised in Ethiopia and the knowledge of global rhythms he brings to Gogol's sound has become part of their unclassifiable approach to music. The Prester John Sessions is a collection of 11 songs including a remix featuring Gogol Bordello band mates Eugene Huts and Pedro Srazo and mixed by Michael Goldwasser of the Easy Star All-Stars. The record also features two collaborations with Gigi, one of the most popular modern Ethiopian singers.

The orchestra's repertoire consists of revamped remakes from the Golden Age of Modern Ethiopian music(1969-1978).Visiting each of the foremost artists of period in turn, the orchestra blends Ethiopian rhythms with their own influences. Playing music that is usually sung, this entirely instrumental group emphasizes the dark and hypnotic grooves of the rhythmn as well as the polished, ethereal brass themes. Improvisations, a play on texture and dynamics, distorted sounds and "noise" complete the whole. 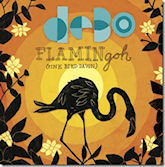 Debo Band is an exhilarating eleven-piece Ethio-groove collective created as a means of exploring the unique sounds that once filled dance clubs of 1970s Ethiopia. Made popular through the renowned Ethiopiques series, the musical inspiration behind Debo Band is an unlikely confluence of Ethiopian pentatonic scales and vocal styles, American soul and funk, and the instrumentation of Eastern European brass bands – accordion, violins, horns, and drums. Committed to a broad range of musical collaboration, Debo Band recently performed with several traditional Ethiopian musicians at the 8th Ethiopian Music Festival (Addis Ababa, 2009) and 7th Sauti za Busara Festival (Zanzibar, 2010), and has, for the last year, worked with NYC-based producer and percussionist Kiddid, on a series of remixes, previously released as limited-edition cassette-only mixtapes.

The Kafa Beanz is a group of solo artists who share a passion for Africa and a desire to expose their music to the world. Four of the five members are of Ethiopian origin, and the exotic sounds of East Africa are evident in their music. Despite having a sonic texture heavily influenced by 60s and 70s era Ethiopian Jazz music, The Kafa Beanz have a universal sound that has often been compared to The Fugees, Black Eyed Peas and Outkast. The Kafa Beanz effortlessly blends soulful vocal harmonies and poignant lyrics over an eclectic mixture of classic hip hop and futuristic world music. 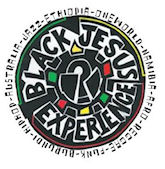 This 9 piece Ethiojazz/Hip-Hop ensemble mashes together a dynamic blend of traditional Ethiopian song with Jazz, Funk and Hip Hop. The members include singer/song writers from Ethiopia, Zimbabwe with the rhythm and horn sections from Australia, NZ & Ethiopia. Mesgana Ethiopia, is a live recording that unites Ethiopian star Ejigayehu Shibabaw, aka Gigi, with bassist/producer Bill Laswell's outfit Material. Gigi thrives on moody, haunting grooves, and the big-voiced singer is quite expressive on hypnotic offerings such as "Shemum Mune," "Gudfela," "Mata Mata," and "Baty." One of the interesting things about these performances is the way that Gigi manages to sound contemporary and rootsy at the same time. While Gigi's original material is modern African pop (though she also performs some traditional songs), there is never any doubt that she gets a lot of inspiration from traditional Ethiopian music as well as from traditional Arabic music. 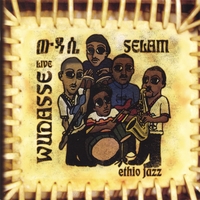 Wudasse was born out of the desire of three Ethiopian musicians to express the beauty and grace of Ethiopian music through the language of Jazz. This first offering is unique in several ways. For one, the all the songs on the album were recorded in front of a live audience, which is a rarity in Ethiopian music circles. And then there is the make up of the band, three Ethiopians and two American musicians, brought together by circumstance and their love of music, doing their best to create music they love even under the roughest of circumstances.